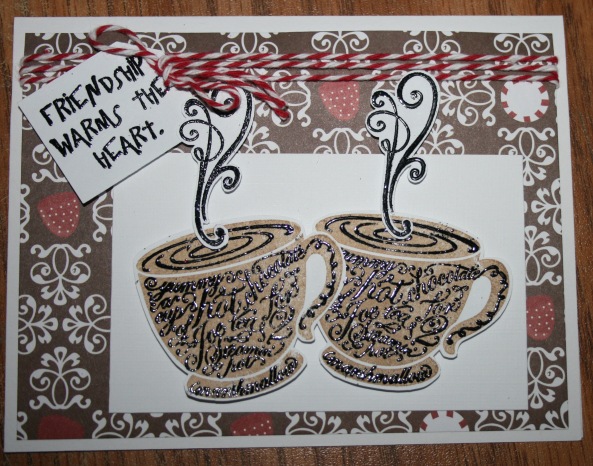 It’s been a long time since I’ve posted anything on this website. Now that COVID-19 has struck the world with a vengeance, I thought it was about time I apologized for my long absence and explain why I have been silent. I hope you are all safe and sound, taking care to avoid getting sick and passing it along to others. My family and I have been social distancing, rarely going out unless it’s absolutely necessary, like for groceries or Guild business. I have only seen Grandson (he’s almost 9, now!) from a distance or on Facebook chats, since everything hit the fan.

A lot has happened in my life since my last post, besides a global pandemic. To begin with, in 2014, my hubby developed many many health issues, including severely high blood pressure and a series mini strokes, which greatly affected his memory, eyesight, hearing and balance. As a result, he had to retire early and so did I, to become his primary caregiver. I am fortunate that our adult son is living with us, so I do get some reprieve, but I am Hubby’s chauffeur, laundress, accountant, as well as chief cook and bottle washer, although he is now able to empty and refill the dishwasher when the mood strikes!

His long-term memory, for the most part, has returned, but his short-term memory is still an issue. His eyesight is still not very good, despite new eyeglasses, and he will probably need cataract surgery in the near future. He now has hearing aids and can hear better than he could in years. Over the past year or so, he regained some stamina and is able to walk around the bay to our neighbourhood mailbox (we lost door-to-door service years ago) with the use of his cane. He can now mow the grass and clear the snow, using the mower and snowblower as support. He also has a little more freedom, using his three-wheeled scooter with which he can tootle around town at about 25 km/h. It’s amazing how far he can go before needing a charge!

With my son to keep an eye on Hubby when I left the house, I became more involved with the Manitoba Writers’ Guild, eventually becoming President. A few months into my term, I was informed of all the problems that had occurred that we had to rectify or our provincial funding would be rescinded. We had to take specific steps, which my Board and I attempted to do, but it was not enough. We were forced to lay off our staff as a result. For the past 4 years, the Guild has been relying on volunteers and its membership money to keep it going. To save rent, we had to give up our beautiful classroom space and move the office to one of the writing studios we managed. It is a very tight space, barely enough room for our office supplies and archived material but serviceable, plus we can still rent out the other studio to bring in a little monthly income.

I took on the responsibility of being present in the office three days a week along with my duties as Guild President and Chair of most committees. It was extremely time-consuming and still is, especially as my wonderful new Board and I are embarking on Strategic Planning. I thank Heaven for the energy and knowledge those new Board Members have brought to the table, especially our new Board President, who is much better at administration than I was. I am now relegated to the office of Past President, although my work load doesn’t seem to have lessened!

When the world was hit with a global pandemic, it actually helped the Guild because it forced us to use a technology that we had been afraid of until we had no choice but to embrace it. If we didn’t, the Guild would have folded because how could we attract members if we had no programs to offer them? With social distancing, we could not proceed in the usual manner. Now, with Zoom conferencing, we have been able to hold virtual Board & Committee Meetings. We have been given the opportunity of putting of our programs into the virtual world, such as our Critique Group, Writing Rants and Ramblings (we used to meet in a coffee shop to discuss writing woes and joys), and our newest program, the MWG Book Chats, where a local published author reads and answers questions, followed by an Open Mic where Guild members can read for a few minutes to highlight their own writing. These programs are now accessible to our rural members and shut-ins where, before the Pandemic, they would have to physically meet and often we could not afford to send writers to remote locations, only able to host our programs in free venues in Winnipeg’s downtown area.

Something else that dragged me away from blogging was family issues. My daughter’s husband split, so she and our grandson moved in with us for a couple of years. My office became their bedroom, so I no longer had a designated work space for writing. Using a laptop in the living room or dining room provides way too many distractions!

Then there was the state of my Mother-in-law’s health. Three years ago, she developed Dementia. The family was very concerned with her forgetfulness, mood swings, and paranoia, so we tried to divide our time to spend a portion of it with her. We were forced to take away her car to prevent her from getting lost or getting into an accident. Finally, we were able to move her to a locked-in facility, which seemed to be a catalyst to her memory loss. She was barely in the facility a week before she completely forgot she’d been living in another apartment for years. After being diagnosed with liver cancer, she was moved to a nursing facility. We spent a lot more time with her until she passed away a couple of months later – August of 2019. Then, Hubby’s eldest brother took ill, just after Christmas. First, it was a ruptured colon, then a rapidly growing cancer, so he needed extra care until he passed, which was a little over a week ago.

With all the work I have done for the Guild, along with all those family issues, I’ve had little time and energy for my personal writing, let alone blogging. Now that some things have resolved themselves, I hope I will be able to post more often. I might even have time for a little crafting, which I could share with you. In closing, please stay safe and think of those who are at most risk of developing a severe case of COVID-19. It’s not over, yet, but soon the risks will lessen and we can meet friends and family without a screen between us.

I know many people who do not get along with their in-laws. Some feel like they have never been accepted into the family. Others feel absolute hatred towards them! I feel so sorry for those people. I have been very lucky and this past weekend just goes to prove how wonderful my in-laws are.

I have spent the past few days with one set of in-laws or another. Friday, I was at my brother’s place where his wife put on a lovely brunch to celebrate my birthday, my daughter’s birthday, my son-in-law’s birthday and her daughter-in-law’s birthday, which all happen in March & April. This was the first chance we’d had to get together for the birthdays and since it was the Easter weekend, we worked that into our celebration as well. My sister-in-law organized an egg hunt for the young adults, hiding plastic eggs around their large yard. The eggs contained the usual assortment of chocolate as well as appropriate scriptures. You’d think the ‘kids’ would be too old to partake in such a game, but they really seemed to enjoy the exercise – and we were fortunate to have excellent weather. Being a crafty girl herself, my sister-in-law made such lovely cards for all of us and knew the perfect gift to get me was a Cuttlebug die-cutter that creates a bird and birdcage (bottom right) by Tim Holtz.

She gave her daughter-in-law a new Cuttlebug (left, above) because she knows the girl likes to create cards, too. My brother’s wife is a thoughtful, caring, creative woman.

Saturday, my niece was married. Her mother, my hubby’s sister, planned the whole event in a very short time. With the help of her eldest sister, she created beautiful black and white silk panels to hang on the walls to present a beautiful background. She made the party favours, decorated the table centers, and a million other things to make her daughter’s wedding simply perfect. When my daughter was married a year and a half ago, I was a little frazzled because certain things were forgotten or not going exactly as planned. She stepped in and organized her family to help set-up, tend bar, and help with the clean-up. I don’t think I could have made it through the day without her.

Today, Sunday, we had a gathering of my hubby’s family. His brother works in a school and is allowed to give us access to the gym for our very large family, which works out perfectly. Everyone usually pitches in and provides a pot-luck for this kind of a gathering. This time, since there was so much left of the wedding food, hubby’s sister brought it all to the gathering so we didn’t have to bring nearly as much stuff as we would have, otherwise. From the first moment I met his family, they have welcomed me into their hearts. They all feel like my own brothers, sisters and parents. I am very thankful for each and every one of them.

I might add, two of them are very crafty, too, as I may have mentioned during my posts on card-making and scrap booking. They are always willing to share whatever craft tools I might want to borrow.

Well, it is getting late and it has been a busy weekend. Hope everyone was able to enjoy their families as much as I have!